Towards new pedagogies and technologies for agroecology in Colombia.

We first met at IDDS Climate Change Adaptation, Colombia in 2017, when our newly created group tackled the challenge of soil degradation, together with a local agroecological organization called "Tierra Libre". With them, we learned about the environmental, ethical, and political implications of conventional agriculture, and we began to walk a new path together, with a new initiative that we call “Campesino Lab for the Transition to Agroecology”. 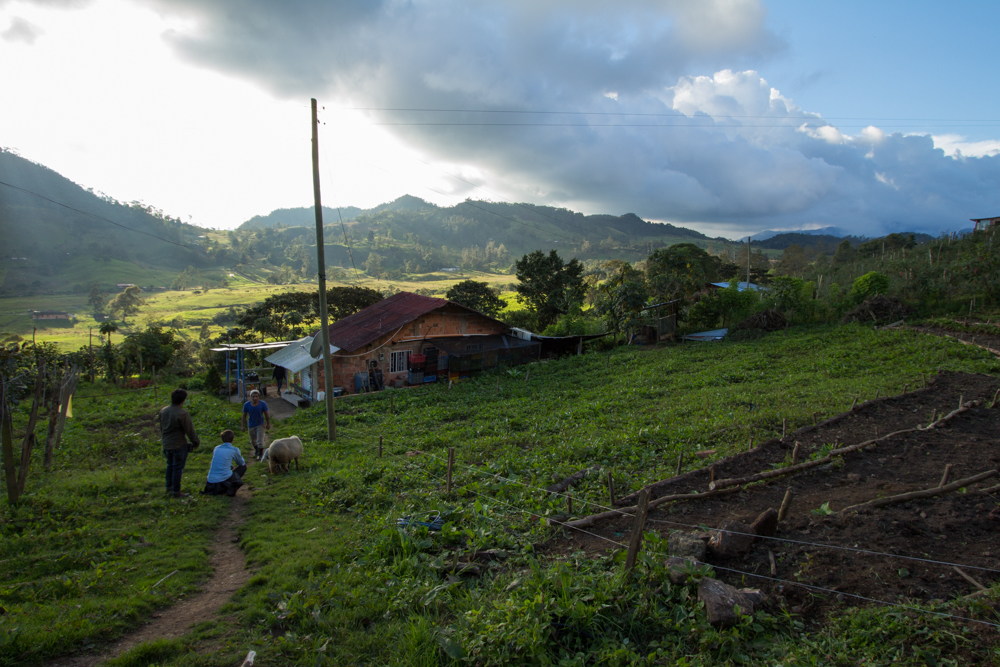 “Every good land deserves to be free”. That is what Robinson Garzón told us when we first visited Tierra Libre’s educational farm in Pasca, Cundinamarca. This land works as a living laboratory for agroecology, where members of the organization develop projects along the lines of organic production, organic markets, production of bio-fertilizers and rural pedagogies. Robinson’s words made many of us realize that food is much more than what we put on our plate; it broadened our perspective of the problem and of life in a country like ours.
According to environmental authorities in Colombia, around 45,377,070 hectares, around 40% of the country's soil, show some degree of erosion (IDEAM-UDCA, 2015), and worldwide 3.2 billion people are affected by land degradation (IPBES, 2018). This represents a progressive loss of the soil’s fertility, biodiversity, and ability to retain water and nutrients, driving the expansion of the agricultural frontier, along with migration and conflict (see Image 2).

As a response to this critical situation, local communities have started developing strategies for the recovery and preservation of the soil, involving productivity and ecology. One of these strategies is agroecology; a method of agricultural production that seeks to understand the dynamics of the soil and the environment in order to turn them into allies in the fight for climate change adaptation.

Agroecology as a popular school
Once we understood the problem, we began thinking of something we could build to contribute to a solution. We came up with the idea to build a prototype of a temperature and humidity sensor kit using an Arduino. With this kit, farmers would be able to monitor parameters of the soil as well as the biofertilizers produced and used by Tierra Libre, other local farmers that implement organic agriculture, or by those who are starting to make this transition.
Using low-cost digital technologies to contribute to agroecology seemed like an idea innovative enough at the time to keep us thinking about it. But from the co-creation process at IDDS, our eye-opening visits to Tierra Libre, and inspiring talks with local farmers like Franklin Espitia, we realized that agroecology is a natural field for the dialogue of diverse knowledges. 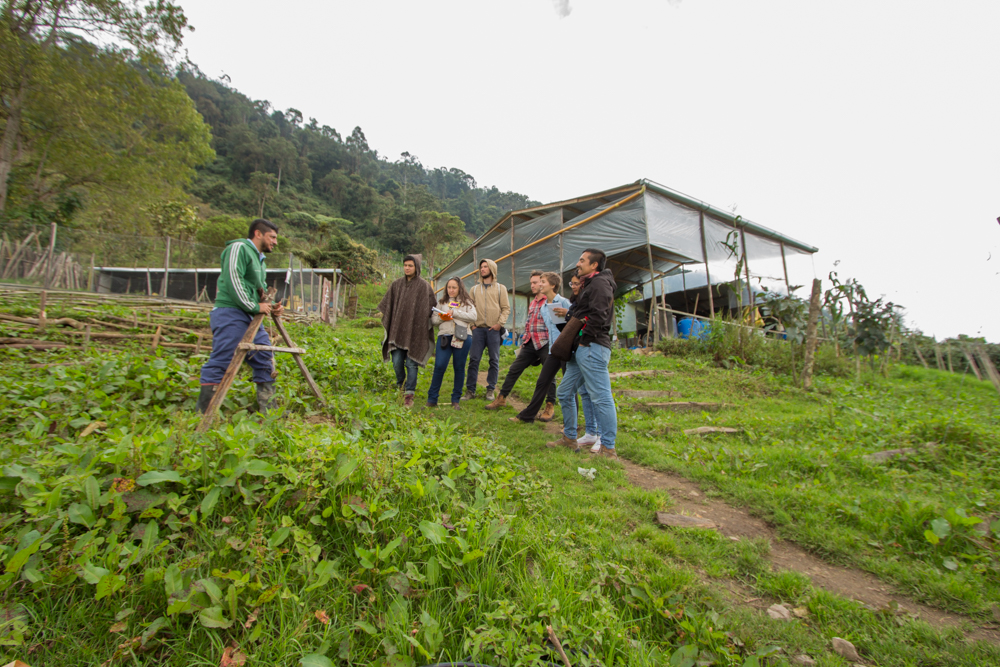 The successful implementation of agroecology requires going back to traditional practices, known to the traditional communities of our continent before the arrival of colonialism in all its forms, including the Green Revolution. It also requires all of our creativity and innovative thinking, in order to solve the difficult problems that arise from contradictions between production and conservation. And it requires, most of all, that we work together to implement these solutions, because it’s not easy, and we need all hands on deck.
Figuring out how we can produce our food, respect the environment, and seek sustainability, is a perfect question to address from the framework of co-creation and popular pedagogies. This thought inspired us to take things further, so we decided to continue our project. The design team, together with Tierra Libre, applied for funding from the National University of Colombia within the national call for solidarity outreach. The Farmer Lab for the Transition to Agroecology has received $17,000 US Dollars to begin co-creating a pedagogical and innovation space with Tierra Libre.

Grassroots Labs and Networks
This initiative seeks to strengthen the pedagogical, technical, and practical skills in agroecology of small producers in the region of Sumapaz, Cundinamarca. Our goal is to meet the challenges of transition and permanence in the system of agroecological production and the creation and implementation of pedagogical strategies in the region, strategies that encourage the permanence of new generations in rural areas.
As the project is starting to emerge at the local level, it is weaving networks with other initiatives in Latin America. In this way, this effort is part of the nascent Latin American Network for Knowledge and Community Sciences that includes, up to now, around 17 self-managed initiatives from 5 countries. These initiatives are born from the idea of working from and with communities, using open, collaborative, and community-based practices.
Thanks to the above, networks and action frameworks for local and regional collaboration are being created with other experiences in various fields. These include communication and popular pedagogy, free and open technologies, participatory cartography, popular feminism and, of course, agroecology.

If you want to know more and/or collaborate with the Campesino Lab for the Transition to Agroecology, please reach us at labcampesino@gmail.com. 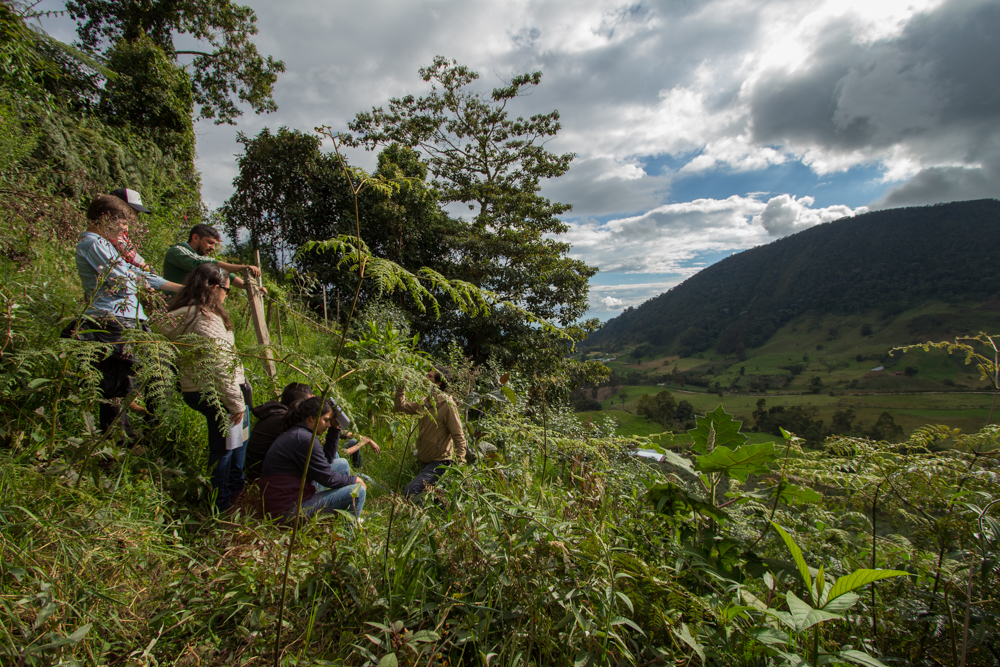