From MIT to DC: Interning in Development in the Nation’s Capital

Some of this year’s HESN interns at USAID in the Ronald Reagan Building atrium. PC: Trish Abalo.

This summer, I had the chance to work at the U.S. Agency for International Development (USAID), as part of their Higher Education Solutions Network (HESN) program. HESN is a partnership between USAID’s Global Development Lab and eight labs at universities that do cutting-edge development work, to foster collaboration between the public sector and academic institutions. As an MIT student, I was able to apply to the HESN Internship Program, in which 25 undergraduate and graduate students get to work at USAID across the agency. MIT has two HESN labs – the International Development Innovation Network at D-Lab, and the Comprehensive Initiative on Technology Evaluation at the Department for Urban Studies and Planning.

I am currently a sophomore in Civil and Environmental Engineering, with a minor in International Development. During my first year at MIT, I was searching for a summer opportunity that would allow me to get a taste of the government side of engineering topics related to the environment, including a focus on water and sanitation. The HESN internship program was perfect for me because I was able to work in the Global Development Lab, which is at the forefront of development technology programs in the US government. 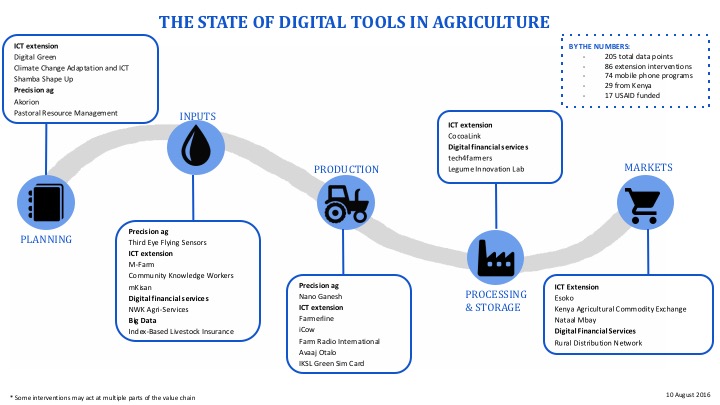 One of the visuals I created to present the current state of digital developments in agriculture to the Bureau for Food Security and the Global Development Lab at USAID.

My role on the team was to create a comprehensive database of the current digital technologies used in agriculture. A major need for D2FTF is to demonstrate how digital technologies actually improve the lives of farmers by increasing yields and strengthening market connections. By compiling a list of digital interventions around the world and information about their implementation and impact, I provided a resource to the team from which they could pull evidence. Following the creation of the evidence spreadsheet, I created visuals (a draft version is above) to be used in future activities, including meetings with the Bureau for Food Security and an Evidence Summit on the use of digital tools in agriculture. I also co-wrote a blog (to be published soon) with my supervisor that promotes implementing digital technologies as a great way to get youth in Africa excited about careers in agriculture. This was a fun project because it reaches the public to inform people about why we need digital tools in smallholder agriculture.

USAID was an exciting place to be. It is full of both young professionals and people who have many years of experience in their field, which makes it a great environment to work in with diverse opinions. There is a friendly, conversational feel without too much of a hierarchy, so even the heads of the bureaus were easily approachable. Because of this, I got the chance to meet with the head of the Global Development Lab and the Bureau for Food Security. Unlike my classes at MIT, USAID is a discussion and policy-driven environment, in which meetings can last for hours and not all of the work is quantitative. This was a nice change for me, and a great taste of a workplace that is not dominated by scientists and engineers. Also, DC is a fun location to work! One of the perks is that I got to see President Barack Obama speak at the White House Summit on Global Development by working as a volunteer. Below is my attempt at getting a picture of him: 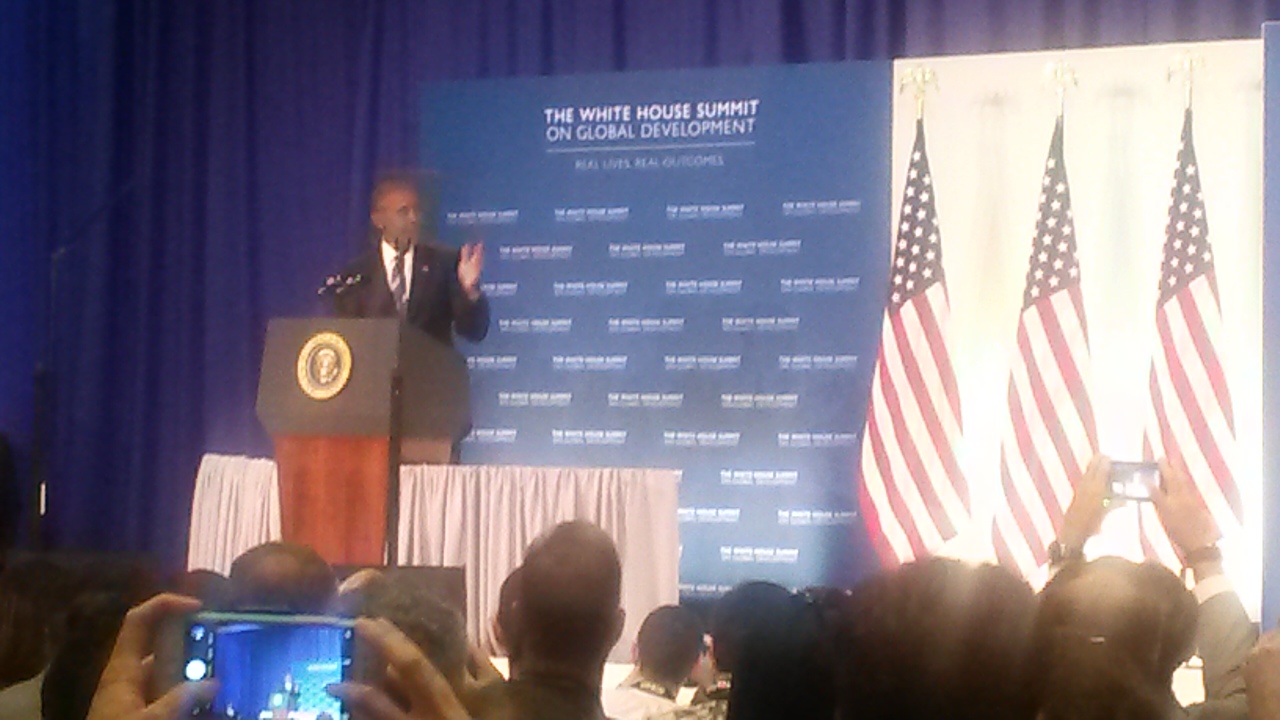 A picture I tried to get of President Obama during his speech at The White House Summit on Global Development, hosted at USAID, for which I was a volunteer.

Overall, my internship at USAID was an eye-opening learning experience. I found out just how much work is controlled by the government. It made me realize that engineers must think about how they are going to make a difference by communicating with parts of the government that can implement their technologies in larger programs. Working in the Global Development Lab solidified my interest in focusing on development solutions during my career. I want to make the largest impact I can, so it was exciting to be in the Executive Branch where so much decision-making was occurring. I am thankful for IDIN and CITE’s partnership with USAID and the coordinators who facilitated my internship, as I learned so much from it and had a great time. I would recommend the program to anyone at MIT who is interested in the intersection of science and engineering and development.